ZDF Studios has picked up the international distribution rights for Mysteries of the Bible (6 x 50’), a brand new documentary produced by Pernel Media for French channel C8 from the Canal+ group. The series sets out to reveal the greatest enigmas of the biggest bestseller of all time - the Bible.

With 4 billion copies sold worldwide, the bible has survived the centuries without ever losing its power of fascination. The stories of prophets, miracles, sacred relics and supernatural phenomena have continued to arouse theories and questions. Today, historians and scientists agree that the stories of the Bible are an aggregation of myths and oral accounts, but also of real facts which can be traced thanks to the process of science and archaeology.

Ralf Rueckauer, Vice President Unscripted, ZDF Studios, said: “Pernel Media has an impressive track record of producing documentaries that explore the mysteries of religion and myths of humanity. By filming in numerous locations ranging from Israel and Palestine to France, Spain and Portugal, the storytelling really comes to life and will captivate viewers as they discover what is fact and what is fiction.”

Using evidence from recent archaeological discoveries and the expertise of international scholars, the documentary reveals the historical events that are at the origin of the most mysterious and fascinating biblical accounts. World leading experts in the fields of archaeology, theology, ancient history and astrophysics involved in the series include Israël Finkelstein, Professor Emeritus at Tel-Aviv University, Dr Michael Langlois, a specialist in historical and philological science at EPHE-Sorbonne and Martin Biddle, archaeologist and emeritus fellow of Oxford University’s Hertford College, amongst others.

The six-part series begins with the disappearance of the Ark of the Covenant, one of the most famous puzzles in the Bible. Where did the chest containing the 10 Commandments given to Moses at the top of Mount Sinai, go? The following episode explores the secrets of the Holy Grail, what does it look like, where is it and what powers does it hold.

The documentary delves into the life of Jesus in the next two episodes. Topics such as The Holy Sepulchre,  thought to be the tomb of Jesus, his birthplace and his childhood and whether he was arrested because of the traitor Judas are all examined. The 4th episode goes on to look at the miracles of Jesus. Did he really multiply loaves of bread and turn water into wine, is the Holy Shroud indeed an imprint of Christ and did he ‘arise and walk’?

The mysteries of King Solomon continue to fascinate readers of the bible. Reputed to be the creator of Israel, a sage and a despot and the largest horse dealer of his time, the penultimate episode also investigates whether his mines really existed and the possible location of the Temple of Solomon and the treasures from his palace.

Mysteries of the Bible ends with the Three Secrets of Fatima, the ominous visions and prophecies which were allegedly given to three young Portuguese shepherds. Eight mysteries are dealt with in this episode including the miracle of the sun, a third secret held in the Vatican archives and the many Marial apparitions in Portugal. 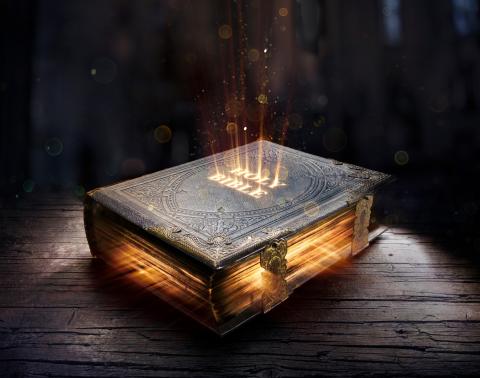