The long running series, Heldt - A Date with Justice, is a very modern crime drama with a good dose of humour featuring a rogue detective who always gets his man. Produced by Sony Pictures Cologne, the series is a great success for ZDF with up to a 13.5% market share in access prime time and has sold to clients such as Amazon (Europe) and RAI Cinema as well as Apple, Google and iTunes amongst others for German-speaking territories.

SOKO Leipzig, produced by UFA Fiction, is another hit for ZDF with up to 16.5% prime time market share. Set in eastern Germany, the homicide squad is an ultra-committed and highly professional team made up of the fatherly leader Hajo, the ambitious Ina, the handsome cop Jan and the characterful Patrick. The series delivers an emotional punch blending criminal cases with the squad’s private lives. The title, already on air on Mediaset España, has been snapped up by numerous buyers including Fox Channels Int and RAI CInema for Italy, IMMS (Canada and USA), Amazon (Europe) and CET 21 who acquired the format rights for Slovakia and Czech Republic.

Susanne Frank, Director Drama, ZDF Studios, said: “Both of these series are long-running for a reason. They are skillfully crafted stories with engaging characters that have provided hours of entertainment for many audiences across Europe and beyond and I’m delighted that they can now be enjoyed by Spanish viewers.”

About Mediaset España
Mediaset España is a media company listed since 2004. It boasts a family of complementary channels for different audience profiles that include Telecinco, leader in commercial free-to-air Spanish TV for more than 20 years, aimed at all audience segments; Cuatro, the third most-watched TV channel among young people; Factoría de Ficción, the leading themed channel with a range of series and movies; Boing, the favourite kids channel; Divinity, aimed at young women; Energy, a channel for young male viewers; and BeMad whom it will be a movie-themed channel coming soon. In online business, Mediaset España has Mitele, platform which offers all Mediaset España content live and on-demand; Mtmad, a native digital video channel; and also operates in the content distribution segment with Mitele PLUS, a subscription platform where viewers can enjoy all Mitele offer uninterrupted along other exclusive content. The company is one of the largest audiovisual content creators in Spain thanks to its firm commitment to in-house production and, with a distribution subsidiary, Mediterráneo Mediaset España Group, has sold products in almost 200 countries worldwide. Mediaset España is also one of the driving forces behind Spanish cinema, with feature films that have crossed borders and are among the highest-grossing films in the history of cinema in Spain. The company also operates in other business segments with companies such as Atlas, the leading Spanish audiovisual news agency; and Ad4ventures, a venture capital unit that specialises in investment in emerging digital businesses. 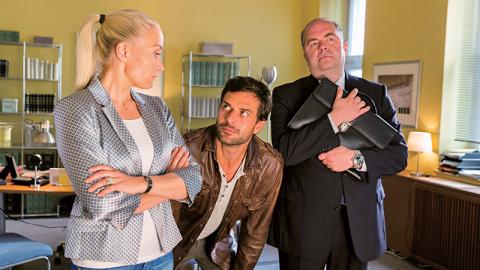 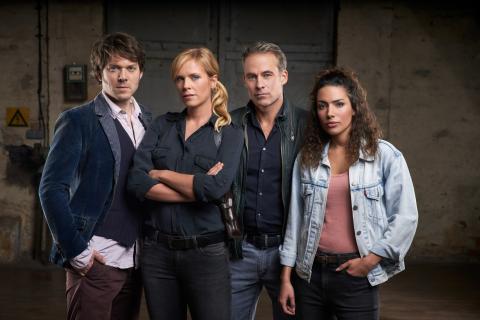