ZDF Studios takes on the global distribution (ex Amazon Prime Video’s exclusive window) together with RTVE for the new big budget period drama Boundless (6 x 45’), a spectacular series that tells the story of the first circumnavigation of the Earth 500 years ago by Portuguese explorer Ferdinand Magellan.

The six-parter is directed by Oscar-nominee Simon West whose Hollywood successes include Lara Croft: Tomb Raider starring Angelina Jolie and international blockbusters Con Air and The General’s Daughter. He also originated the project Black Hawk Down and served as Executive Producer.

Boundless will launch on Amazon Prime Video in Spain and Latin America on 10th June, to be followed, among others, by launches in the UK, the US, France and Germany during the summer.

In 1519, 265 men departed Spain aboard five ships on an expedition to discover an unknown passage to the other side of the world in search of the mythical spice islands. After 3 years of starvation, merciless storms, freezing temperatures, mutinies and madness, a ghost ship barely returned home with only 18 survivors and a hull full of spices. The voyage changed the world, finally proving that Mother Earth was round and teeming with life.

Taking on the lead role as Magellan is top actor Rodrigo Santoro, who starred alongside Academy Award winner Anthony Hopkins and Evan Rachel Wood in Westworld. His other credits include key roles in Love Actually and 300: Rise of an Empire. Playing the part of Elcano, the unimaginable hero who left as a prisoner and came back as a Captain, is Álvaro Morte, well known to audiences globally as ‘The Professor’ in Money Heist.

Robert Franke, VP Drama, ZDF Studios: “Boundless is one of the biggest and most ambitious dramas that ZDF Studios has ever had the pleasure of being involved with. We are pleased to again be working with our long-standing partner RTVE on another exciting project.The producers have been fantastic in securing top class talent, both on and off screen, in order to do this epic story justice. It has been a pleasure to cooperate with Mono Films and Fulwell 73 on such an extraordinary show for the very first time. The high production value throughout makes this a premium ‘must-watch’ series that will captivate audiences around the world.”

ZDF Studios hosted an exclusive pre-screening of the first episode for B2B clients at NEM in Dubrovnik on 6th June.

RTVE and ZDF Studios will present Boundless to a selected group of international buyers at its private RTVE Showcase in Madrid on 16th June in the presence of Simon West and Álvaro Morte, among others.

José Pastor, RTVE Film & Fiction Director: "As a public broadcaster, in RTVE we are thrilled to be part of such a fantastic TV series based on one of the most  important events  in Spanish history. We strongly believe that Boundless, as an adventure content with high production value, will not only connect with any kind of audience from all over the world,  but will also allow them lo learn about a wonderful achievement of the Spanish culture."

Heather Greenwood, senior executive at Fulwell 73, said: “Fulwell 73’s scripted team is proud to help shine a light on forgotten stories of human ingenuity, it’s been a delight to work on this ambitious period drama with our co-producers Mono Films and to welcome on board a top class team of film makers. We can’t wait to see it in territories all over the world.”

About RTVE
RTVE, Corporación Radiotelevisión Española, is the largest public audiovisual group in Spain. With its portfolio of channels (TVE, 24H, Star HD and Clan) and contents, RTVE disseminates the best TV contents in Spanish throughout the world.
The production of quality audiovisual content is a hallmark of RTVE, with large fiction series as Parot, The Department of Time, I’m Alive, HIT, Isabel, Drought, Néboa, The Hunt.Monteperdido & Tramuntana, A Different View, etc, and a wide range catalogue of contents, most of them internationally awarded, covering all genres.

About Fulwell 73
Fulwell 73, set up in 2005 by lifelong friends Ben Winston, Leo Pearlman, Ben Turner and Gabe Turner, strives to make top-quality television and film productions. In January 2017 James Corden joined as a fifth full partner and in 2021 launched Fulwell North, a new regional office in North East England. The company first came to the public’s attention in 2007 with the release of its debut feature In the Hands of the Gods (Lionsgate). Since then, Fulwell 73’s theatrical film releases include The Class of 92 (Universal Pictures); the huge box office hit One Direction 3D: This is Us (Sony/Columbia), I Am Bolt (Universal) and 2021’s Cinderella (Amazon Prime Video) starring Camila Cabello as well as feature documentaries Hitsville: The Making of Motown (Showtime) and Busby (Altitude). Recent television productions include Super Greed: The Fight for Football (Sky Documentaries), An Audience with Adele (ITV) and Adele: One Night Only (CBS), All or Nothing: Juventus (Amazon Prime Video), Among the Stars (Disney+), Friends: The Reunion (HBO Max), Sunderland ‘Til I Die (Netflix), Crouchy’s Year-Late Euros: Live (BBC), Jack Whitehall’s Sporting Nation (BBC), hit documentary Bros: After the Screaming Stops (BBC), Carpool Karaoke: The Series (Apple TV), Auschwitz Untold: In Colour (Channel 4) and the hit Gavin & Stacey Christmas Special (BBC One). It is also the producer of multi-Emmy and Critics Choice award winning, The Late Late Show with James Corden, with CBS Television Studios, produced the 64th Annual GRAMMY Awards this year and the 63rd Annual GRAMMY Awards in 2021. For more information, please visit www.fulwell73.com 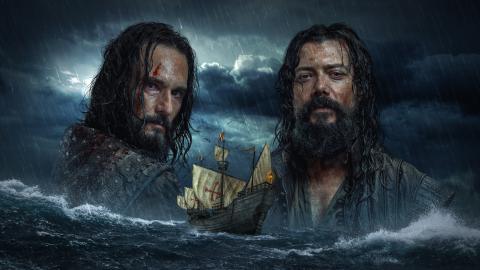