In Co-production With Curiosity and ZDFinfo, the Series Delivers in 2023

ZDF Studios has announced the co-production of Restless Planet (W/T) (5 x 50’), an ambitious new series that spans 4.5 billion years when Earth was first formed to modern day. The Curiosity original science documentary portrays the dramatic history of our planet and the catastrophes that determined Earth’s fate.

Produced by ZDF Digital, a subsidiary wholly owned by ZDF Studios, in association with Curiosity and its flagship streamer Curiosity Stream, as well as ZDFinfo, the series is now filming in eight locations: Chile, Australia, Indonesia, Iceland, USA, Canada, Switzerland and Germany. The title will be delivered in June 2023 and ZDF Studios will handle all international sales outside of the co-production partner’s rights.

Ralf Rueckauer, Vice President Unscripted, ZDF Studios, said: "Restless Planet is an extraordinary series based on all the latest research with the involvement of some of the world’s top experts in the fields of planetology, science, geology, physics and biology.  This is also a timely and thought-provoking documentary as we face the ever-growing threat of climate change."

Rob Burk, Head of Original Content for Curiosity, said: "This is exactly the kind of epic, sweeping series that Curiosity viewers love. Combining the latest research with incredible storytelling and visuals to explore the past and its impact on our future will resonate deeply with fans of history, science, and exploration."

The Earth was created aeons ago from a gigantic cloud of cosmic dust and hot gases. The history of our planet is marked by catastrophes: collisions in the solar system, asteroid strikes, volcanic eruptions and frequent global climatic crises. In the last 500 million years alone five periods of mass extinction can be identified, during each of which the majority of every species was annihilated.

Going back 4.5 billion years, with the use of geology, Episode 1 details the birth of our planet as a glowing lump of molten rock. Shortly after a gigantic catastrophe occurs: the Earth collides with Theia, a proto-planet the size of Mars. The debris comes together to form our moon and in swamps and shallow seawater life begins on Earth about 3.5 billion years ago with a single-cell microorganism.

Research into the oldest traces of glaciers and traces of cyanobacteria in the Atacama Desert and the Antarctic confirms that the Earth became an ice planet caused by its first catastrophe. The 2nd episode reveals how microorganisms died out due to the rise of oxygen from cyanobacteria which decimated the carbon dioxide in the climate and cooled the atmosphere. After millions of years volcanic eruptions liberated the Earth from its icy shield followed by an explosion of life. So extreme was the phase of global warming that part of the Antarctic was covered in rainforest.

Mass extinctions in greenhouse Earth is the theme of the following episode as the planet is plagued by repeated catastrophes. The first two strike the oceanic world with the extinction of numerous sea life and coral. The most devastating mass extinction follows 250 million years later, a climatic crisis triggered by the biggest gigantic volcanic eruption the planet has ever experienced wiping out 90% of species. A new scientific theory which could explain events during this time is that a supernova in close proximity to the Earth, with high cosmic radiation, is one possible cause.

The fourth episode covers the period, about 200 million years ago, when dinosaurs began to conquer the planet. There are also advances in vegetation and the first flowering plants start to appear. A world which comes to a brutal end when a huge asteroid strikes the planet creating deadly tsunamis and sending magma flying burning extensive areas of forest land. 75 % of all life forms die out including almost all dinosaurs, leaving the way free for mammals to evolve. Evidence is found in layers of drill core extracted from Yucatán, which was struck by a giant asteroid, and the shattered skeletons of huge animals that scientists can trace directly back to that epic catastrophe.

The final episode, entitled Planet Earth in Danger, looks at the last 75,000 years as homo sapiens populate the Earth surviving, unlike many large animal species, a supervolcano and the last Ice Age. Today, homo sapiens are the uncontested dominant species on the planet. However, man-made climate change: food shortages, millions of climate migrants, new wars for living space and the continuing danger of meteorite strikes threatens to bring about the next catastrophe in the history of the Earth. And the world at stake here is one we know all too well. It’s the world we live in today.

About ZDF Studios
ZDF Studios was originally founded in 1993 as 'ZDF Enterprises', a private subsidiary of ZDF, one of the largest and most renowned television broadcasters in Europe. The company was renamed ‘ZDF Studios’ on 1 April 2022. Based in Mainz, the business is responsible for distributing programmes worldwide, implementing international co-productions, acquiring licences and merchandising key brands under its own name, for ZDF and for third parties. Successfully established as an independent market player in Germany and globally, it operates as part of a strong network of 30 direct and indirect subsidiaries and affiliates. ZDF Studios has the largest German-language programme stock in the world, plus a constantly growing catalogue of international productions consisting of series and mini-series, television films, documentaries and children’s programmes. By continually evolving, the ZDF Studios group has been able to open up numerous business areas in the television and media sector. As a result, ZDF Studios now provides a comprehensive full-service offer and covers every stage in the creation and exploitation chain of successful TV productions in all genres, from developing content to producing, licensing, marketing, merchandising, online rights and much more. 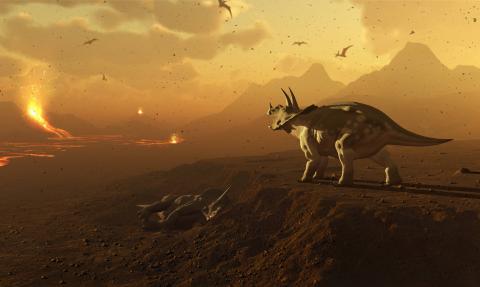