Studio 100 Media, one of the leading independent studios for kids & family entertainment and ZDF Studios (ZDFS), the commercial arm of one of Europe’s largest broadcasters, have joined forces to offer kids & family programs on Amazon Prime Channels under the channel brand Pash.

The collaboration on Amazon Prime Channels will kick off in the UK, Italy and Spain, with further territories in the planning. The programming lineup from both ZDFS’ and Studio 100’s extensive catalogues will include well-known series and kids’ brands such as Maya the Bee, Mia and me, Heidi, Peter Pan, H20 or Find me in Paris.

The Pash brand was created by ZDF Studios who has already launched Amazon Prime Channels in various countries. Pash is a new international brand for children of all ages that strives to provide high-quality entertainment for young viewers in various languages and across multiple countries. In each territory, the Pash content catalogue features hundreds of shows and movies appealing to both kids and their parents.

Fred Burcksen, President and CEO, ZDF Studios said: “We are excited to continue our journey into the world of channel activities under our brand Pash with such a great partner as Studio 100. Studio 100's programs perfectly complement our programming offering, allowing us to provide a great experience for kids around the world in today's complex content viewing context."

Martin Krieger, CEO of Studio 100 Media added, “We are excited to partner with ZDF Studios on this strategic project. Combining highlights from both our line-ups with successful brands and much-loved classics allows us the opportunity to create a very appealing proposition. Pash offers an elite selection of amazing kids’ content to an international audience. We look forward to extending this collaboration to further countries soon.”

ZDF Studios was founded in 1993 as ZDF Enterprises and rebranded to ZDF Studios on April, 1st, 2022. The company is responsible for worldwide program distribution, international co-productions, program acquisition as well as the merchandising of strong program brands in its own name, for broadcaster ZDF, and for third parties. Bound into a strong group of 30 direct and indirect subsidiaries and affiliated companies, ZDF Studios manages the largest German-language program stock worldwide and an impressive portfolio of international productions, consisting of series and miniseries, TV movies, documentaries and children’s programs. ZDF Studios provides a comprehensive, full-service offering and covers every step in the chain of creation and exploitation of successful content, from development to production and marketing.

Studio 100 Media is an internationally active production and distribution company for high-quality children’s and family entertainment. Among the well-known brands under Studio 100 Media’s umbrella are "Maya the Bee", "Mia and me", "Heidi", "Vic the Viking" and “100% Wolf”. The company is a subsidiary of the Belgian Studio 100 Group and has an extensive program portfolio, develops and produces new animated series and feature films and distributes them worldwide. Other business areas include international licensing of brand rights, the home entertainment label Studio 100, the company’s pay TV channel Junior and its animation studio Studio Isar Animation founded in 2018. Within the Studio 100 Group, Studio 100 Media brands also have a home in eight theme parks - in Belgium, the Czech Republic, Germany, the Netherlands and Poland. Studio 100 is one of the largest independent European companies for kids and family entertainment. www.studio100group.com 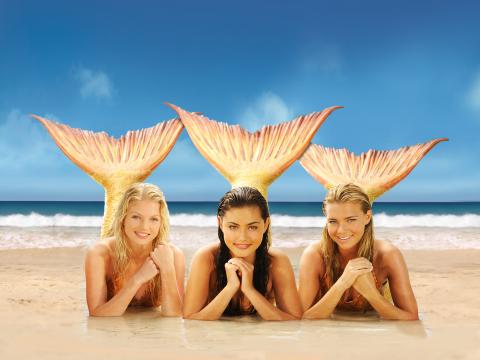 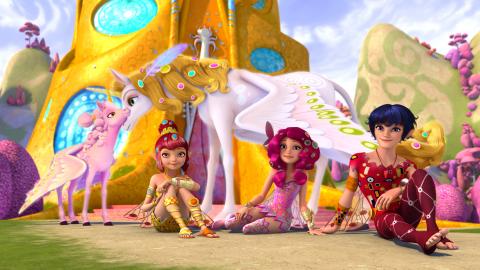