Agatha Christie’s Hjerson (8 x 44’, 4 x 88), a classic whodunnit based on a character from Agatha Christie’s world, has been snapped up by streamer Topic and Australian channel SBS as well as a wide range of global broadcasters and VOD platforms.

Securing the exclusive rights from ZDF Studios for Agatha Christie’s Hjerson for the US and Canada, Topic is the streaming service dedicated to crime and suspense thrillers from First Look Entertainment, offering its viewers a slate of content from over 40 countries including award-winning originals and exclusives such as Nordic-noir thriller The Killing, BAFTA® winner The Missing Children, and Emmy® nominee The Accidental Wolf. SBS, a multicultural and multilingual Australian broadcaster has also closed an exclusive deal for the drama series.

Commissioned by TVC/C More, Agatha Christie’s Hjerson is a playful, mystery drama with a contemporary meta twist. Winner of MIPDrama’s prestigious Coup de Coeur, this is the first time an offshoot character from a Christie novel has been adapted into a television series. Johan Rheborg stars in the leading role as detective Sven Hjerson, and his sidekick Klara Sandberg is played by Hanna Alström.

Former investigator Sven Hjerson has solved some of the toughest cases in Swedish crime history. Now retired from the limelight, living on the fringes of society, his life mainly consists of daily routines, a vegan diet, vinyl record collecting and an unhealthy appetite for gossip.

Klara Sandberg is a reality TV producer living with her partner Niklas and their daughter Olivia. Her career has stagnated and she is looking for something new – is this really all that life has to offer? When she manages to successfully pitch the idea for a new TV show starring Hjerson, it could just be the solution to all of her problems. There’s just one snag – she’s never actually met Sven Hjerson...

Yi Qiao, Director Drama, ZDF Studios said: “I’m delighted that this excellent drama, which sees a spin off character from the Christie universe come to life for the first time, has found its way to North America and Australia. With Agatha Christie being world famous as one of the best-selling authors of all time, there is a never-ending demand for her work to brighten the small screen.”

“It’s not every day that we get to introduce our subscribers to a new Agatha Christie detective,” said Jennifer Liang, Vice President, Programming Strategy, Acquisitions & Sales, Topic. “We are thrilled to welcome Swedish investigator Sven Hjerson to our global collection of elevated crime and suspense programs and excited to continue our successful collaboration with ZDF Studios.”

Haidee Ireland, Channel Manager for SBS On Demand & SBS World Movies said: “SBS is home to distinctive storytelling and premium drama, with a vast collection of insightful stories and inspiring entertainment available on our streaming service, SBS On Demand. We’re passionate about offering viewers content from Australia and across the globe, and thrilled to be offering Agatha Christie's Hjerson on the platform. Agatha Christie’s work never fails to entice audiences, and this fresh-take puts a modern lens on a classic tale. This whodunnit is sure to keep viewers guessing and on the edge of their seats, and is a welcome addition to our catalogue of classic and contemporary mystery thrillers.”

Agatha Christie’s Hjerson was produced by Patrik Andersson and Ulf Synnerholm at BR•F for TV4/C More, in co-production with ZDF, Nadcon and the Government of Åland, and in close collaboration with ZDF Studios and Agatha Christie Ltd. The series was produced with support from Nordisk Film & TV fund. The series was created and developed by Patrik Gyllström at BR•F and was written by Patrik Gyllström, Björn Paqualin, Jakob Beckman, Martin Luuk and Aron Levander. It was directed by Lisa James Larsson and Lisa Farzaneh. 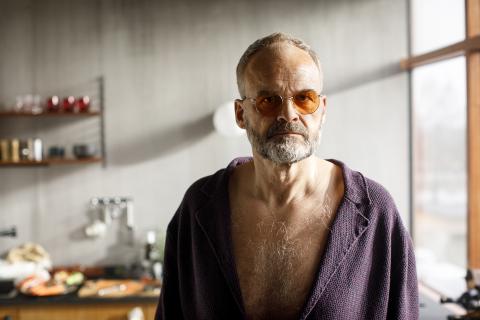 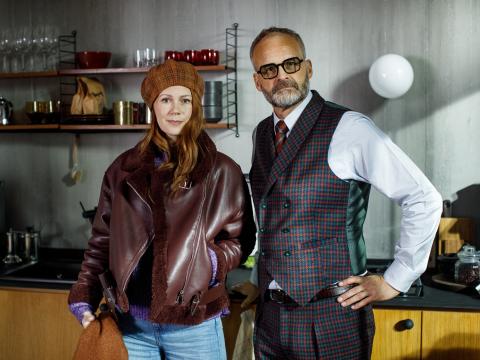