ZDF Studios has joined forces with UK indie Three Tables Productions to develop A Theft of Lies (working title), a thrilling heist drama about an art forger who’s forced into teaming up with a fearless professional thief to steal back priceless Asian artworks that were taken during Britain’s colonial past.

Written and created by Chris Cornwell (Strike Back, A Discovery of Witches), the story is inspired by the audacious true-life raids of Chinese art from museums and collections throughout Europe over the last decade. A Theft of Lies turns the core of these events into a high-stakes show that is about much more than just art theft. It’s a story of culture, identity, and unrequited love in the shadow of empire.

Yi Qiao, Director Drama at ZDF Studios, said: “The search for self-identity and belonging is a lifelong one that is known to every single one of us. If you link this with today’s discussion around the colonial history of art and artefacts, you realize that this makes a compelling ground for storytelling. Hence, there was no hesitation for us to board “A Theft of Lies” when JT Wong from Three Tables came to us with this original story from Chris Cornwell. It not only combines these elements but transforms them into a high stakes heist drama. I couldn’t be more thrilled for us at ZDF Studios to be part of this journey.”

JT Wong, Managing Director of Three Tables Productions, said: “Chris brought us an idea that was immediately compelling and exciting. We could clearly see his ambition to create a fun and entertaining show that is driven by two complex characters who, underneath the thrill and glamour, are searching for their place in the world. Bringing Chris, Yi and us together felt instantly like a great combination – each of us having grown up with mixed cultures and all still working out how our heritage, nationality and identity fit together.”

Chris Cornwell, Writer and Creator of A Theft of Lies, said: “Heist dramas are games of identity and deception. The con-artists, at their heart, are desperately trying to fool those around them that they belong. It’s something most of us have felt at one time or another, especially if you’ve a foot outside of the culture you’re trying to fit into.

That’s what all of us find so exciting about this story. It’ll have the thrilling twists and character turns that we love about the genre, but it’s ultimately about what it takes to bluff your way into British high society. Beneath the genre beats, it’s a story of the pieces of ourselves that we sell in order to fit in.”

While most art thefts are uncomplicated affairs, starting in 2010, there was a series of daring and dangerous raids across Norway, France, Sweden, and the United Kingdom. The focus was on objects that had themselves been stolen during Europe’s colonial past. These pieces disappeared but then some allegedly turned up in free exhibitions in China. Whilst not based on these specific thefts, A Theft of Lies, was inspired by the brash and exciting approach to redressing past wrongs.

A Theft of Lies starts with James Tobin, a British art dealer of East Asian heritage. Tobin is known for his knack of finding lost works from renowned artists and selling them to the wealthy elite who visit his Kensington art gallery. On the surface, he’s exactly what you’d expect from an operator in this world: charming, an avatar of high class, and devilishly clever. There’s only one problem. Everything that Tobin sells - his paintings, his persona - is fake. Everyone buys his fraud… until Xiaoli "Lily" Jiang walks into his gallery. Confident, astute and impeccably dressed, she can see straight through his façade and makes him an offer he cannot afford to refuse. Lily is the mastermind behind a series of breath-taking thefts, but she needs Tobin, his skills and high-class connections, to pull off her latest plans. She intends to steal from the elites she hates, and get rich whilst doing it.

The two will soon clash with Nathan Everett, the sole member of Scotland Yard’s under-resourced art crimes squad: a man who’s hot on their heels. As the stakes get higher, Lily and Tobin will find a love with each other, even as their loyalties to the mission and one another are tested to their limits.

Three Tables Productions was founded by Film and TV executives, JT Wong, Himesh Kar and David Chikwe to produce scripted television drama drawing on their distinct perspectives and diverse backgrounds. Whether encompassing true-life stories, period dramas, comedies, or genre thrillers, Three Tables endeavours to embrace difference in their slate. Valuing bold writing above all, they actively nurture relationships with both established and emerging voices. Three Tables is developing compelling projects aimed at the UK and international markets. These include projects being developed with eOne, BuzzFeed Studios, Appian Way and the BBC. The company is a PACT Future 30 indie and a recipient of a UK Global Screen Fund award from the BFI. 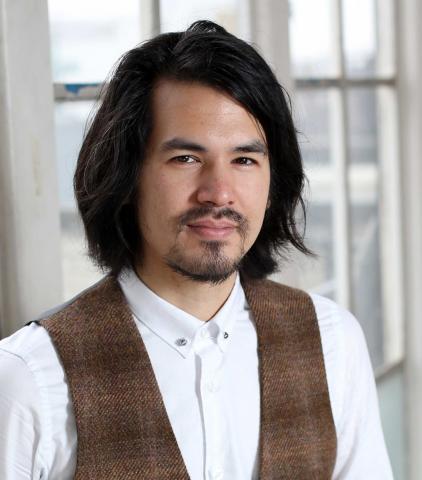