AI - The Last Invention, a compelling fictional story based on analyses and scientific research, will be launched to market this spring by ZDF Enterprises. The two-parter (2 x 50’) is produced by Gruppe 5 for ZDF and global distributor ZDF Enterprises.

The docu-drama is directed by Christian Twente, a veteran film director who has overseen many productions for ZDF, the BBC, and National Geographic amongst others. His work includes titles such as Update – The World in 50 Years, Women Who Made History , The Holy War and The Forbidden City. Multi-award-wining producer Tamar Baumgarten (Terra X-episode The Spark That Ignited it all – a History of Fireworks and many others) served as co-author and had a significant share in the overall artistic performance.

Gruppe 5,  the award-winning wholly owned subsidiary of ZDF Enterprises, has been producing documentary films for more than 30 years. A renowned and diverse production studio, Gruppe 5 has produced a wide range of factual series covering every genre from history and science to nature and society.

AI is already with us - on smartphones, in cars and machines - but what will the future look like? AI - The Last Invention takes audiences on a journey into a world where artificial brains expand our abilities, where power that comes with super-intelligence creates a challenge for mankind - can we control something that is smarter than us? World-leading scientists, who see enormous opportunities as well as extraordinary risks, intersperse the film with comments as they show their visions of what the not-so-distant future holds. Amon the experts contributing to the production are Moran Cerf, a neuroscientist and business professor at the Kellogg School of Management and the neuroscience program at Northwestern University, Patrick Levy-Rosenthal, Founder and CEO of New York-based Emoshape Inc., Yolanda Lannquist, Head of Research & Advisory at The Future Society in  Barcelona and Olga Afanasjeva, COO of GoodAI in Prague.

The story unfolds as Tom, a lawyer, loses his job to an AI that works more efficiently, faster and cheaper. He discovers the creator of the AI that caused his unemployment is someone from his past, a fellow college student who has planted a chip in her brain to boost her IQ to over 200. Tom’s fascination with her work leads him to follow suit and undertake major surgery to implant a chip. As his friend, Vida, continues to experiment with AI believing that it has the answer to unsolved problems she realises the enormous power it can have once unleashed. Does she take the risk or follow the grave and urgent warnings from colleagues?

Ralf Rueckauer, Vice President ZDFE.unscripted, ZDF Enterprises, said: “Credit goes to the outstanding team behind AI - The Last Invention. Christian Twente, who I consider the best in his field, and Gruppe 5 have produced a series that presents a fascinating and shockingly realistic portrayal of what our world might look like in the years to come.” 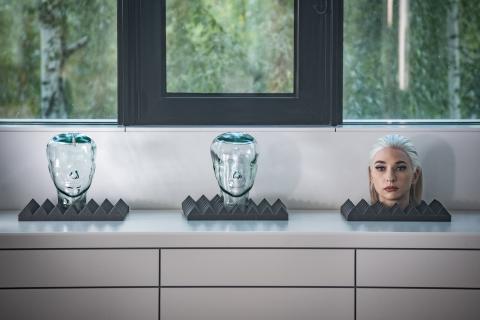