As part of an extensive worldwide multi-territory deal Disney+ has acquired all three seasons of the hit series, whilst RAI also picked up Season Three following on from its successful run of the first two seasons.

Monica Levy, Head of Sales, Federation Kids & Family commented: “Needless to say, we are extremely proud to have closed these deals as Find Me in Paris continues to entice viewers everywhere! Families all over the world can identify with the appealing storylines regardless of nationality or gender and the unique elements of this original series makes it fun to watch. Find Me in Paris has become a perennial classic for broadcasters.”

Arne Lohmann, VP ZDFE junior, ZDF Enterprises: “Find Me in Paris with its fantastic mix of classical ballet, modern dance, magic and time travel is already a global phenomenon. The recently inked deals are again proof of it.  We are proud to add new members to the ever-growing Find Me in Paris Family.

Broadcast in over 80 territories and with three seasons to date, Find Me in Paris (78 x 26’) is a premium hit tween series that combines world-class ballet, modern dance, drama and comedy.  It follows the story of Lena Grisky, a time-travelling ballet dancer from 1905 Russia trapped in modern day Paris, and the many dilemmas she faces finding her place between two worlds.  The series has also been a huge social media hit across all platforms, with the soundtracks alone registering 18M streams across all music streaming platforms for 2020/2021 and the Find Me in Paris YouTube channel garnering 46.1M views to date.

ZDF Enterprises was founded in 1993 and is responsible for worldwide program distribution, international co-productions, program acquisition as well as the merchandising of strong program brands in its own name, for broadcaster ZDF, and for third parties. Bound into a strong group of 30 direct and indirect subsidiaries and affiliated companies, ZDF Enterprises manages the largest German-language program stock worldwide and an impressive portfolio of international productions, consisting of series and miniseries, TV movies, documentaries and children’s programs. ZDF Enterprises provides a comprehensive, full-service offering and covers every step in the chain of creation and exploitation of successful content, from development to production and marketing. Website: www.zdf-enterprises.de

Disney+ is the dedicated streaming home for movies and shows from Disney, Pixar, Marvel, Star Wars, and National Geographic, along with The Simpsons and much more. In select international markets, it also includes the new general entertainment content brand, Star. The flagship direct-to-consumer streaming service from The Walt Disney Company, Disney+ is part of the Disney Media & Entertainment Distribution segment. The service offers commercial-free streaming alongside an ever-growing collection of exclusive originals, including feature-length films, documentaries, live-action and animated series, and short-form content. With unprecedented access to Disney’s long history of incredible film and television entertainment, Disney+ is also the exclusive streaming home for the newest releases from The Walt Disney Studios. And through Star, it offers the latest from 20th Century Studios, Disney Television Studios, FX, Searchlight Pictures, and more. For more, visit disneyplus.com, or find the Disney+ app on most mobile and connected TV devices. 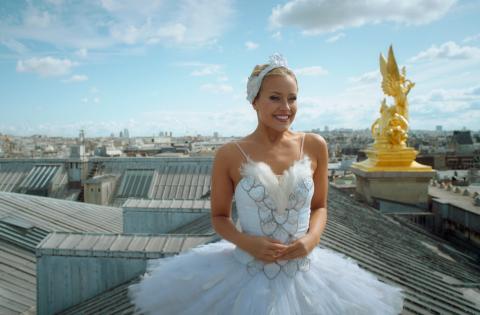