Our Continents (6 x 50’), a compelling historic-cultural biography of the world we live in, starts filming this month with delivery expected for autumn 2022. The documentary is produced by the award-winning Story House Productions for ZDF’s renowned Terra X-slot  in association with Arte and global distributor ZDF Enterprises. The series boasts a high production value, elaborate CGIs and is filmed in numerous countries on all continents. Many local protagonists report personally about their countries and regions, which is particularly important in the age of today’s diversity debates.

What has the iconic Australian surf lifestyle to do with the civilization history of the Pacific? How does the climatic pattern in the Andes influence the modern cuisine of the Americas? Our Continents reveals a rich treasure trove of remarkable findings that connect history, science, and everyday culture.

The continents are the building blocks of our world and have fundamentally influenced our path and the evolution of the many faces of human civilisations. Each episode of this ambitious documentary travels back to the birth hour of a continent. Geology, weather, climate, ocean currents, the migration of the species, and human settlement are the milestones of the epic journeys undertaken by these land masses. It is the unexpected links between them that forms the heart of the series.

Ralf Rueckauer, Vice President of ZDFE.unscripted, ZDF Enterprises, said: “Mesmerising and majestic are two words you could use to describe Our Continents. Story House is one of the few companies that has the expertise and experience to produce a series of this scale. Their ability to tell a complex story in such an engaging way will entertain audiences all over the world.” 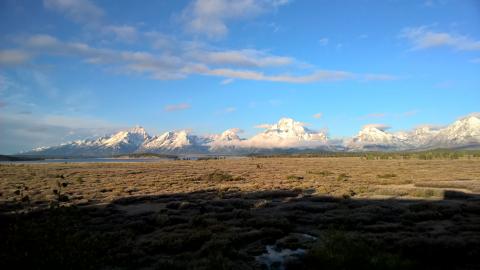